Even as American politicians needlessly debate whether climate change is real (it is) and how humanity should deal with it, the natural world does not need humanity to explain to them that the Earth is becoming uninhabitable.

According to a recent report by the Intergovernmental Science-Policy Platform on Biodiversity and Ecosystem Services (IPBES), a body of the United Nations, a million animal and plant species facing extinction – and their problem will ultimately be humanity’s problem. After all, as the report’s authors point out, “Billions of people in all regions of the world depend on and benefit from the use of wild species for food, medicine, energy, income and much more. other purposes”.

Today, the way of life of these humans is in danger, all because “the sustainability of the use of wild species in the future is likely to be challenged by climate change, the increase in demand and technological advances”.

RELATED: Humans Are Causing Mass Extinction at a Rate Not Seen Since the Last Major Extinction Event

Salon spoke via email with Dr. Marla R. Emery, Co-Chair of the IPBES Sustainable Use of Wildlife Assessment and Science Advisor to the Norwegian Institute of Nature Research. While climate change is arguably one of the biggest human-made environmental issues contributing to the dangerous loss of wildlife, Emery explained that there are other human causes affecting the natural world. These include habitat loss as humans encroach on areas previously reserved for wildlife and the introduction of invasive alien species.

“The sustainability of wildlife uses is context-specific,” Emery said. Life on Earth is threatened in myriad ways, including fishing, gathering, hunting, harvesting, “economic demands” and sometimes even “the systems in place to regulate and govern their activities” – or lack thereof.

“I think we have to take the approach that there are major questions and we have to answer them. to quantify what we don’t know.”

In an interview with Salon, Emery went into considerable detail about specific endangered species. All extant species of pangolins and echidnas are threatened; the former are slaughtered for their scales (used in traditional Chinese medicine) and their meat, while the latter have been hunted for their fur and are endangered due to habitat loss. Then there are a variety of shark species, which are either shot for their fins (which are eaten) or killed simply because they were bycatch; rays are also accidentally caught by fishermen but kept for their meat.

In the plant world, you have cacti that are dying due to poaching in the southwestern United States and Mexico; some species of cycads are threatened because they are used for ornamentation; and orchids are also at risk because they are used “for ornamental and medicinal purposes. Orchid cultivation has provided some supply but has also driven up market prices for the wild orchid, which is considered a better quality”. 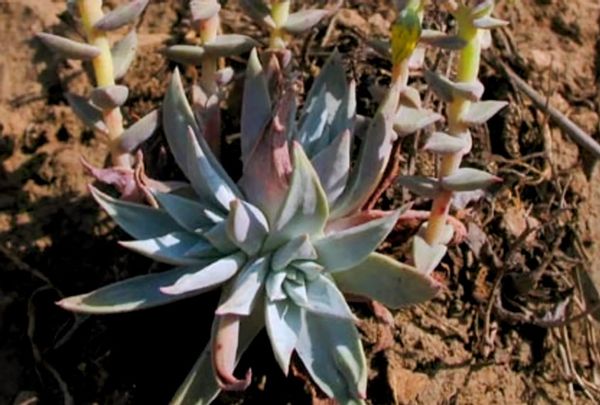 The rare succulent Dudleya Verityi, which is a common target for poachers. (Wiki Commons)If there’s anyone who can sympathize with Emery’s concern about wild orchids, it’s Dr. Stuart Pimm, Doris Duke Professor of Conservation at Duke University’s Nicholas School of the Environment. Speaking to Salon, he mentioned how he was involved with a non-profit organization that works with orchids; he noted how conservationists do not reveal the precise locations of rare plants these days, in order to prevent poaching.

“We have some spectacular new orchids and we are absolutely not going to tell the world exactly where to find them. orchids at home,” says Pimm.

Still, while Pimm shares Emery’s concerns about orchids, he has his criticisms of the IPBES report.

“In fairness to the team, those are tough questions,” Pimm told Salon. “I’ve been unhappy with several IPBES reports because I think it’s not enough to say, ‘You know, biodiversity is important because we use species.’ I think we have to take the approach that there are major questions and we have to answer them. And it’s fine to say “We don’t know”, but it’s not fine to pass it off with headlines. We need to quantify what we don’t know.”

Dr. Alice C. Hughes of the University of Hong Kong’s School of Biological Sciences echoed many of Pimm’s observations, noting issues with who is nominated to sit on the IPBES board.

“So 80% of the experts have to be appointed by governments,” Hughes explained. “And some governments are going to appoint people who are suitable rather than people who actually understand what’s going on. And another problem is that with some governments they’re only going to appoint people from their country.” This sometimes means that the people selected are not necessarily the most informed or the most objective. “An example of this is China, which will never appoint anyone who is not Chinese. And that means you’re missing a lot of expertise from people who have a real understanding of what’s going on. interests.”

Read more articles from the Show on conservation and wildlife:

EAST HAVEN – Supply chain issues and a change in suppliers have delayed part of the Town Green beautification project, but the carved bricks for the walkway part are back on track, according to the mayor. Mayor Joseph Carfora provided an update on the status of the project after receiving calls from residents seeking information […]

TUSCALOOSA, Alabama – Alabama Athletics are ready for their final weekend of the indoor regular season, sending competitors to three different meets Tyson Invitational The majority of the Crimson Tide contingent will travel to Fayetteville, Ark., to compete in the Tyson Invitational on February 11-12 The Tide is sending 39 student-athletes […]