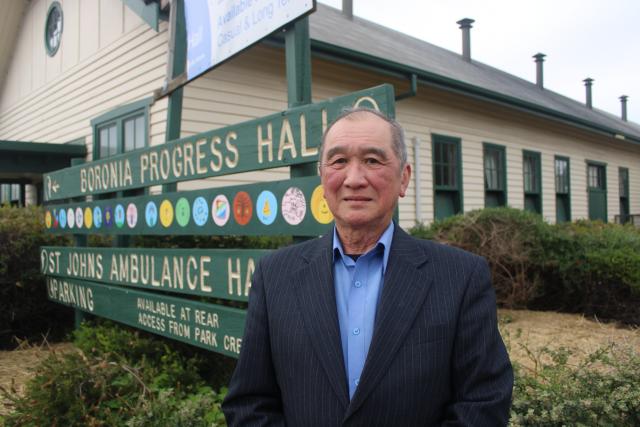 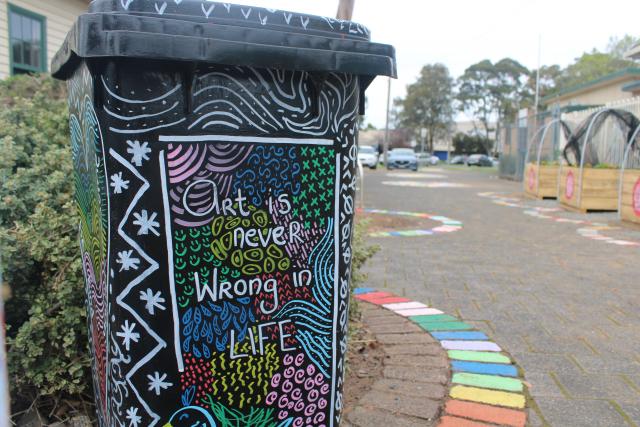 Croydon resident Alexei Ho, 74, enjoys helping others; so when it came to getting involved in a collaborative art project with elementary school kids from Boronia K-12 College, he couldn’t think of anything better.

“Young grandchildren never spend time with their grandparents and do creative things; they talk and play, [but] that’s it,” Alexei said.

“It’s good – sharing ideas that we can offer to society, to your own community… I love it.

If every place did the same thing, how wonderful the place would be.

Alongside five other adults over 60, Alexei spent one day a week from mid-July through August at Boronia’s Progress Hall creating art with 14 elementary school children from Boronia K-12 College in the part of “My Generation” of the Eastern Community Legal Centre. art project.

“My Generation” was created to break down intergenerational stereotypes, fight ageism and build community connections.

Participants drew animals, people and patterns; the final product injecting bright color into what was a dull alley between Progress Hall and Knox Infolink.

Alexei noticed visitors at the Progress Hall cafe he had never seen before; attributing to the “luminous” artwork made public in September.

“It lights up the place, the place looks so young again, so open,” Alexei said.

Bronwyn Hampshire, a 71-year-old Boronia resident and artist, thought it would be ‘fun’ to create art with her younger counterparts when she first joined ‘My Generation’ – and the experience seemed to live up to his expectations.

“We had to draw something, so one of the [the students] drew a basketball for the head, then the other one did a soccer ball for the body…so I did snake legs and fish arms,” Bronwyn said.

“It’s original art, but it really looks fantastic in the space it’s been placed in.

I’m proud of it, and I’m sure the kids are too.

Cassandra Wright, vice principal at Boronia K-12 College, said misconceptions about creativity or the way of doing things became apparent when students started working with older people, trying something new and to see things from a different angle.

Cassandra said shy students were able to come out of their shells during the workshops.

“There were a few ideas, probably not wrong, but that older people struggle with mobility and things like that, whereas the older generation that worked with us, they didn’t struggle with their mobility. …they were doing things, they bonded with them about walking dogs and doing all that kind of stuff,” Cassandra said.

For Bronwyn, more programs like “My Generation” could only be good for the community moving forward.

“Whether it’s gardening projects, art projects or dancing…I think that’s a good thing, because there are, I’m sure, a lot of people locked up in their homes, not knowing how to interact with others, especially if their families have moved,” Bronwyn said.

There should be more.

Meanwhile, Alexei will continue to volunteer at Hope City Mission in Croydon and the Salvation Army, waiting for the next community project to embark on.

“If you do something that makes you feel good, it’s always better,” he said.

“It was an honor to provide a platform for participants to creatively work together, learn about ageism and stereotypes; and seeing their work permanently decorate a walkway in Boronia and celebrated through events – just was the icing on the cake,” said Michael Smith, CEO of the Eastern Community Legal Center.

Two Glasgow schools to merge despite some concerns from parents

Two primary schools from Glasgow to Sighthill could merge into one by August this year despite some concerns from parents. Students from St. Stephen’s Catholic School and St. Kevin’s Primary School moved to Sighthill Community Campus in November 2019, allowing children with general and additional learning needs to work and learn together . Now the […]

Is Ethereum censorship a post-merger concern?

Labrys said he has been following protocol censorship internally since the merger and was troubled by what he found. Practically, it’s not a problem if uncensored blocks are just delayed for a brief period, according to Ethereum co-founder Vitalik Buterin Following the Ethereum network’s transition to Proof-of-Stake (PoS) earlier this month, a new addition to […]

The Greater Baltimore Committee and the Greater Baltimore Economic Alliance announced plans to merge on Wednesday, saying a unified approach is needed to spur economic opportunity and address long-standing issues. By joining forces, business advocacy groups said they would be in a better position to help the Baltimore area compete and thrive not just locally, […]